Once again we take a look at the performances and stats of the NRL’s British contingent after the eighth round of the season, including Herbie Farnworth.

The 22-year-old was in fine form yet again for Brisbane on Thursday as Kevin Walters’ side earned their fourth win of the NRL season with a 16-7 victory over Cronulla. The Lancashire-born centre scored his fifth try of the year whilst recording 16 carries, 160 metres, 48 post contact metres, two line-breaks and two tackle busts in another scintillating performance. After the first eight games of the season Farnworth now has the second most tries (5) and the third most metres (858) by a Brisbane player as he continues to prove himself as one of the club’s most valuable assets. 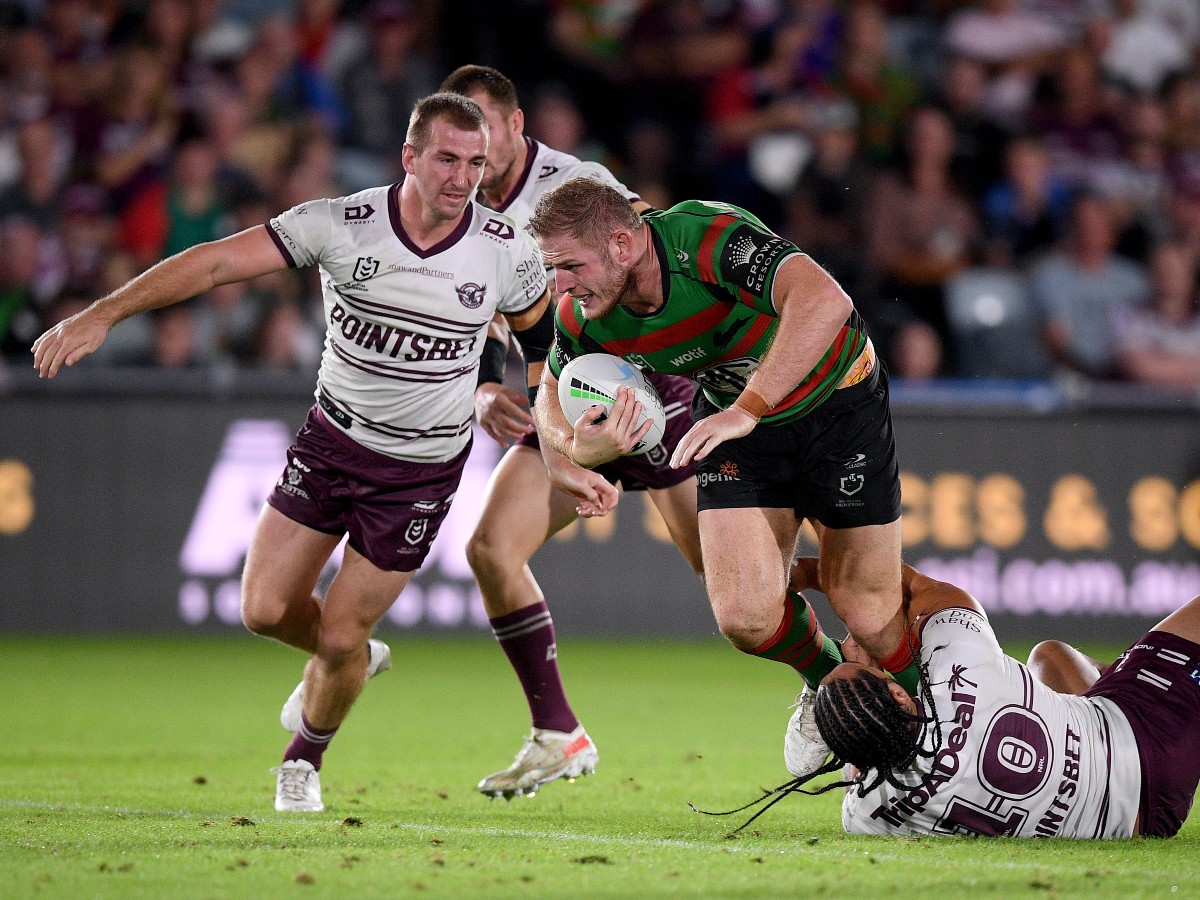 The barnstorming prop forward continues to show what he can do in such a sport space of time as he put together a monster performance in the win over Manly on Friday. The 30-year-old secured his first try of the year. He proved to be a nightmare for the Sea Eagles to contain. Burgess made 16 carries, 186 metres, 76 post contact metres, six tackle busts, one line-break and 25 tackles all in just 53 minutes of action. 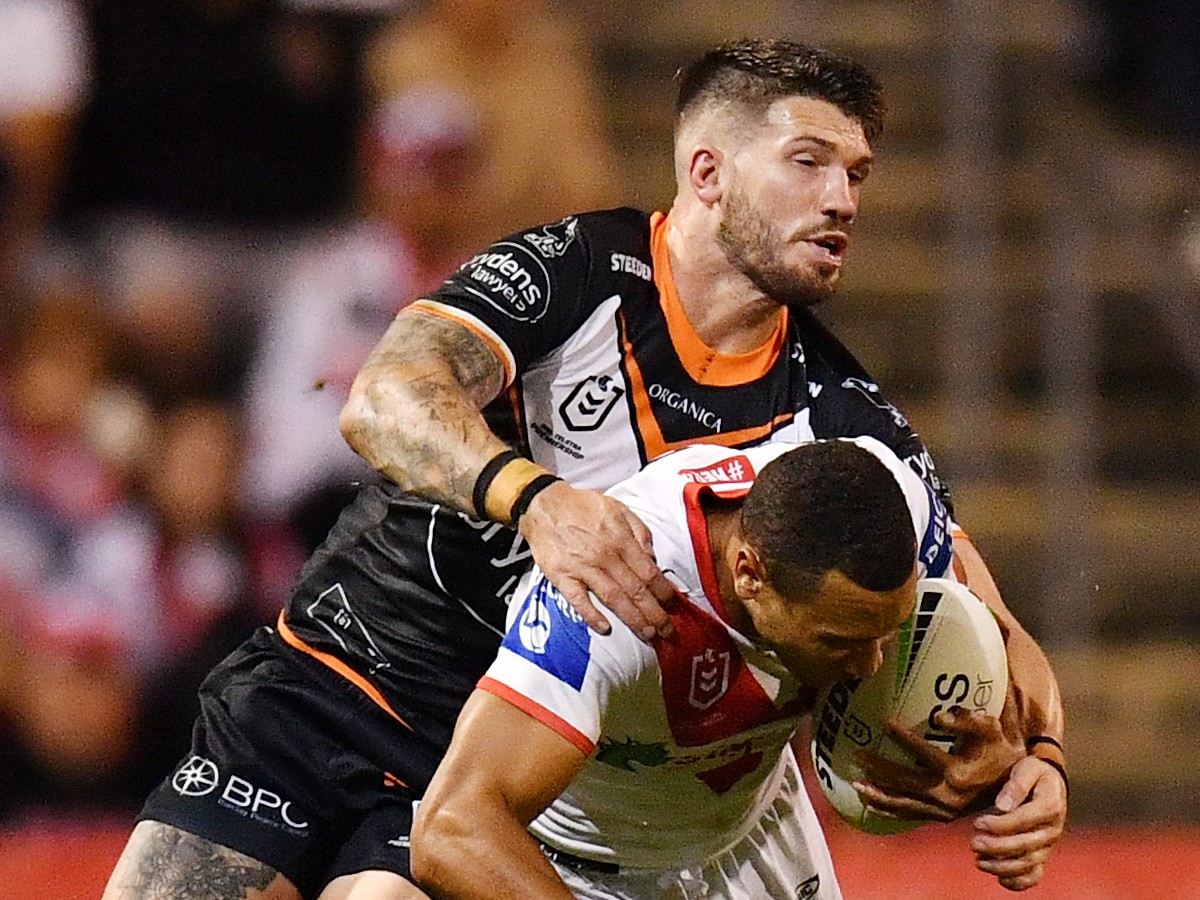 Gildart found himself back in the Tigers’ starting 13 for the game against St. George Illawarra. The western Sydney side failed to make it three wins on the bounce against the Dragons though but even still there was a selection of top performances amongst the side with one being that of the 25-year-old. The former Wigan centre had 16 carries, 150 metres in total, 55 post contact metres, four dummy-half runs, 54 dummy half run metres and one offload in an impressive showing.

The 25-year-old once again showcased his ability as one of the top ball running half-backs in the league despite the defeat to the Dragons. The former Salford and Wigan man has been the Tigers star man since returning from suspension earlier on in the season with his passing, ball running and all-around creativity at the number seven spot adding a whole dimension to their attack. Throughout the game Hastings stuffed the stat sheet. He secured 24 carries, 176 metres, 36 post contact metres, six tackle busts, one line-break, two line-break assists, one try assist and 20 tackles. 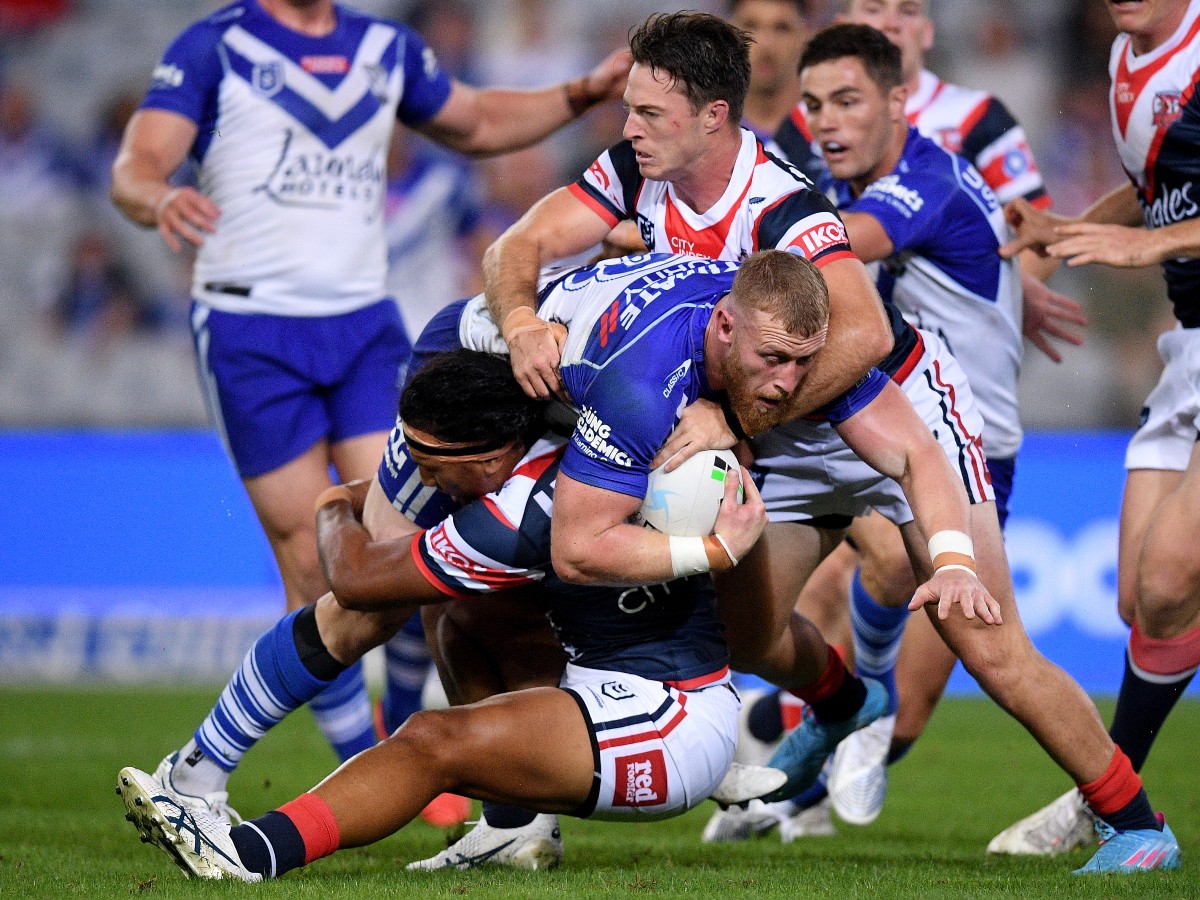 The powerful front rower was one of Canterbury’s top performers on Saturday. His side secured their second win of the year with a shock 16-12 victory over Sydney. The 26-year-old was highly efficient on both sides of the ball. He racked up the most tackles by a Bulldogs player with 40 in total. He also put together another 100 metre plus display with 113 on top of securing 47 post contact metres.

The former Wigan man would again start at loose forward for Canberra, but it was to be an agonising defeat for the Raiders as Shaun Johnson’s drop-goal secured a golden point win for the Warriors. 26-year-old Sutton still had a solid showing despite the loss. He took 13 carries for 113 metres and 51 post contact metres whilst putting together a tough defensive display with 35 tackles to his name.

The 20-year-old marked his second NRL appearance in Canberra’s loss to the Warriors on Saturday. The youngster again came off the interchange. He had a steady game as he recorded four carries, 42 metres, 21 post contact metres, one tackle bust and 15 tackles in 26 minutes of action.

Round 11 of Super League gets underway tonight! Why not have a scan through what we have got for you in the meantime? [Read more…]

Kevin Locke has left Manly and signed with Queensland Cup side the Sunshine Coast Falcons.

New Zealand international Jordan Kahu has been ruled out for six weeks after suffering a shoulder injury. [Read more…]