Suspensions and injuries have made their presence felt to the British contingent Down Under.

As both Sam and Tom Burgess were unavailable due to injury, the opportunity was there for George to take his chance and lead the Rabbitohs’ front-row in the game against Wests Tigers in round 15. However, the 27-year-old has now found himself in familiar territory after inflicting an horrific eye gouge to veteran playmaker Robbie Farah. The incident forced the Tigers dummy half to react and complain straight to the referee, who placed Burgess on report.

The offence occurs just over six months from another eye gouging incident in which the prop forward was charged after the third test against New Zealand late last year. That particular one forced him to miss the first four games of the year.

Burgess was not able to make things happen in the game either as he would face time on the bench after the incident and overall would only make 22 metres and 12 tackles in the process. Despite the last few weeks being marred by injuries and Origin, the Bunnies have now lost their last four games with their 10-1 start to the season seemingly a far distance away now.

Wayne Bennett’s side now face a bye week which could not come at a better time and will give the veteran coach a chance to make some adjustments as another Burgess faces time on the sidelines. 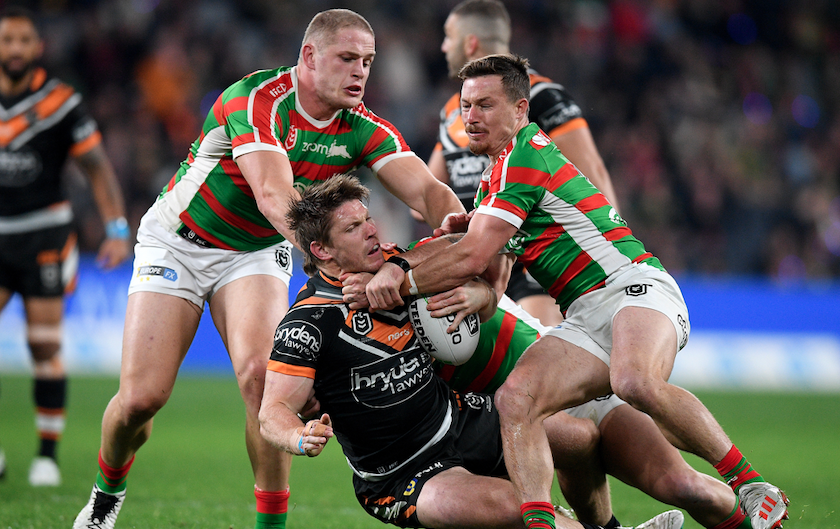 Although the Raiders started off the stronger team, leading 16-0, Ricky Stuart’s men would end up having no answer for Parramatta as they failed to register another point and lose 22-16. The usually polished Canberra forward line were called upon heavily throughout the game, with Whitehead showing why he is Canberra’s leading tackler for the season with 28 against the Eels. Another steady display with the ball in hand saw him tally 61 metres and it meant that the 29-year-old crossed the 1,000-metre mark for the season, joining both John Bateman and Ryan Sutton in that regard. Also, the former Bradford and Catalans back-rower’s 476 tackles this season now places him inside the top 15 of the entire league.

The Raiders will certainly be kicking themselves after Parramatta were able to come away with the win, despite completing less than a third of their sets. However, they will still have eyes on a top four spot and we have already seen how productive Canberra have been defensively and with a bye coming their way this weekend, it gives them a great chance to rest up and make some adjustments where needed.

Alongside his British cohorts, the 23-year-old had to work extra hard on the defensive side of the ball, making the joint second most tackles for the Green Machine with 33 altogether. As mentioned before, the Raiders will be ultimately annoyed with themselves that they were not able to hold onto a 16-point lead, however, through what we’ve seen this season so far, we know how much the Raiders have improved and they still can be considered as one of the standout teams this year, thanks in large to influential performances from players like Sutton.

The back-rower’s productivity has been nothing but positive as the youngster stands as the leading metre-maker out of Canberra’s British quartet with 1,240 as well as holding a better average than both Whitehead and Bateman with 8.4 metres a carry.

Sutton has a good chance for GB selection and it is hard to argue against it when you look at the numbers and performances this season. The former Wigan man has quickly and brilliantly adjusted to life in within the NRL showing that he more than possesses the ability to hang tough with the sport’s big dogs on a weekly basis. The future continues to look bright. 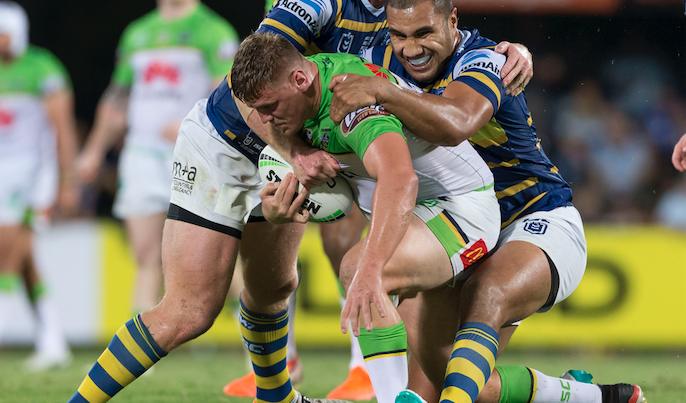 In his first game back after a suffering a broken thumb, the 29-year-old didn’t look to have missed a beat and was his hard working self defensively, leading the way in tackles as he so often does for the Raiders with 40.

The loss to the Eels may not have been in the script but throughout the course of the season, Hodgson has continued to be one of the more dynamic players on the pitch for Canberra with his great kicking ability and build-up play. He will need to once again be that prime catalyst in attack as they face the Dragons, the Tigers and a resurgent Panthers side in the coming weeks. 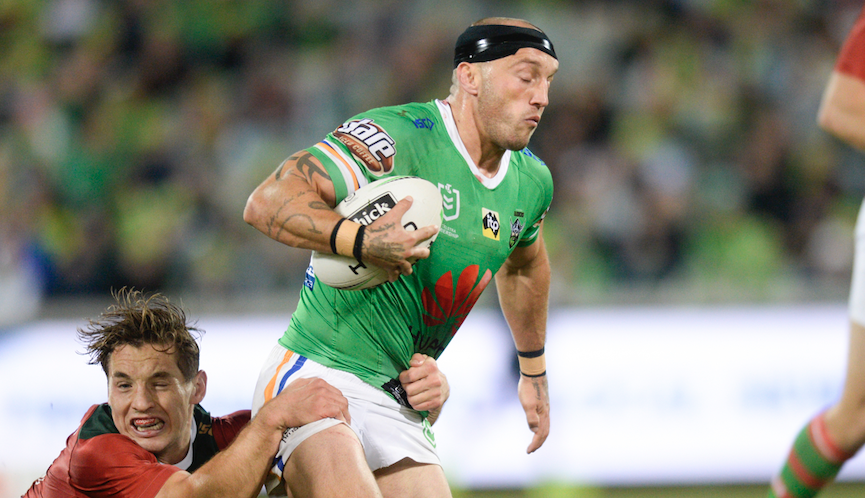 A much quieter display than what we have been used to from the dynamic second-rower, but the 25-year-old still put forth a solid showing, despite the agonising loss. It was not a blockbuster stats profile but Bateman saw plenty of the ball, making 60 metres from 13 carries while continuing to be a work horse in defence, making the joint second most tackles for the Raiders with 33. The England international has now made the seventh most metres by a Raiders player with 1,180, averaging just shy of 100 per game as well as showcasing how much of danger he is with the fourth most tackle busts by a Canberra player with 37.

Even despite this blip in the road in the loss to the Eels, it has been more than a season to remember from the Yorkshireman, becoming a strong addition to not just the back-row but the entire forward line. The former Wigan and Bradford man continues to receive plaudits from fans and pundits alike and has been one of the main reasons as to why the Raiders vastly improved season. If Ricky Stuart’s men want to continue that push for the top four then Bateman’s impact could prove to be an important factor later down the road.

After a bye in round 16, Canberra side go on to face an out of sorts St George Illawarra side and it could be the perfect chance to get right back on track. 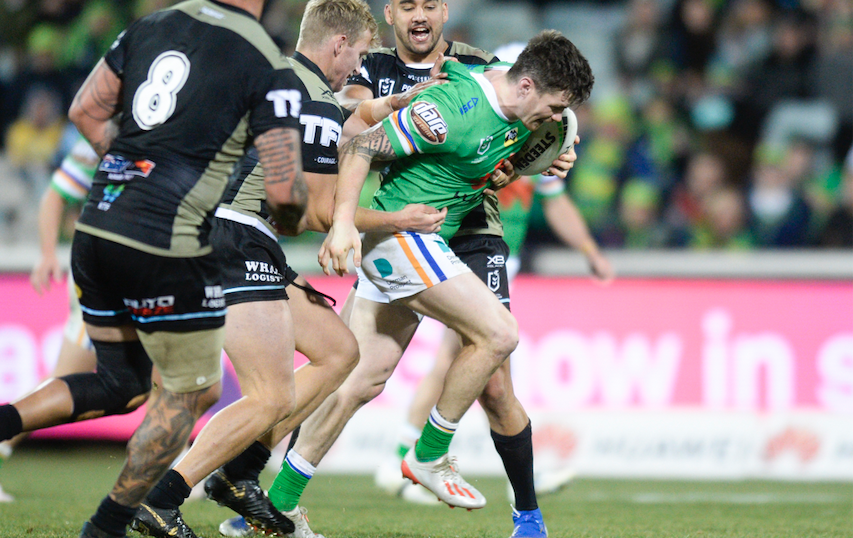