The regular NRL season came to an end at the weekend.

In a high octane and brutal affair, the Rabbitohs were able to get one over the Roosters going into the NRL finals with a 16-10 win. The 30-year-old was certainly up to his old tricks with a much improved performance than we have seen recently as he led the way in metres made for South Sydney, with 141 alongside 18 tackles to his name. However, the game was not without its controversies. There were some questionable decisions including the Roosters’ Jared Waerea-Hargreaves looking to have produced a sickening hit on Liam Knight, Burgess was copped for a hair pull on the Roosters’ Billy Smith and will now miss the first game of the finals this coming week. This was the back-rower’s third charge this year and it goes with a careless high tackle and a conduct charge.

South Sydney’s win alongside Canberra’s shock loss to the Warriors means that the old rivalry will be reignited once again in the post season as the Bunnies take on the Roosters in what promises to be a truly enticing match up once again. However, has Burgess’ blunder cost them? It remains to be seen as to how Wayne Bennett approaches this game without one of his most influential figureheads. 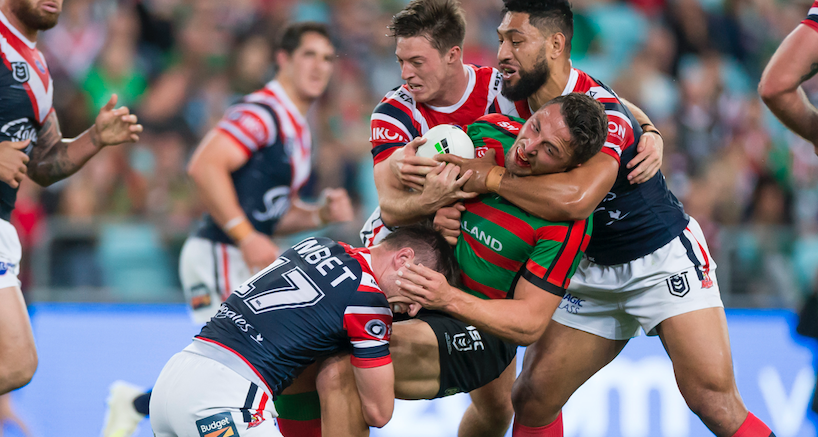 It has been a season to forget for the Dragons, finishing in 15th place. You could forgive anybody who did not think to take an interest in the Red V’s last game of the season against the last placed Titans. However, the Dragons will have no doubt wanted to see the year out in style and that they did in a hard fought match-up. Despite conceding first thanks to Jai Arrow’s effort for Gold Coast, Paul McGregor’s men came out firing in the second half with three tries alongside the accurate boot of Widdop.

The 30-year-old kicked four from four goals and ended his 10-year stint in the NRL by notching his 1000th point, one of 53 players to achieve the feat. The stand-off will make his way over back to England next season as he joins Warrington. Despite having injuries and performance issues along the way, Widdop made a great account of himself Down Under, playing for both St George Illawarra and Melbourne over the course of 10 seasons, winning a Premiership title in 2012 and World Club Challenge in 2013 with the Storm as well earning 26 international caps for England. 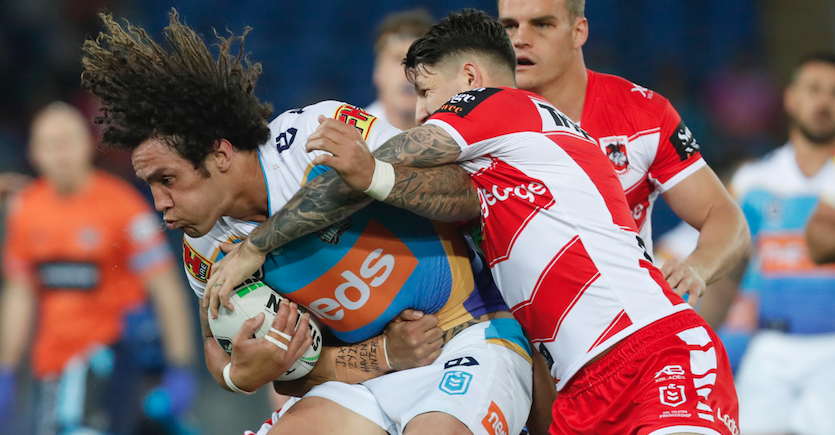 The Raiders may have had already secured a top four finish but where they finished in the top four was still to be confirmed going into the final round. It was a question of needing a win over the Warriors to secure a third place finish but it was just not to be as they lost 24-20 to the Warriors and in the end, they dropped to fourth on the ladder.

The 29-year-old dummy half put forth another gutsy defensive display with the most tackles by a Canberra player, with 32 alongside producing his own little piece of magic at the end of the first half. The hooker was able to sell a dummy kick and a dummy pass before going on to score to give his side the lead at the end of the first half. The Raiders were even able to extend their lead by eight points but an inspired effort from the Warriors made Canberra pay as they scored 14 unanswered points to secure the win.

It may have been a sour note to end for Hodgson and his side but it does not take away from the fact that it has been a season to remember for a Canberra side that have been below par over the last few seasons. The Green Machine now have to face Melbourne in the first week of the NRL finals and will need to think back to their inspirational round 22 win over the Storm if they want to come away with a win. 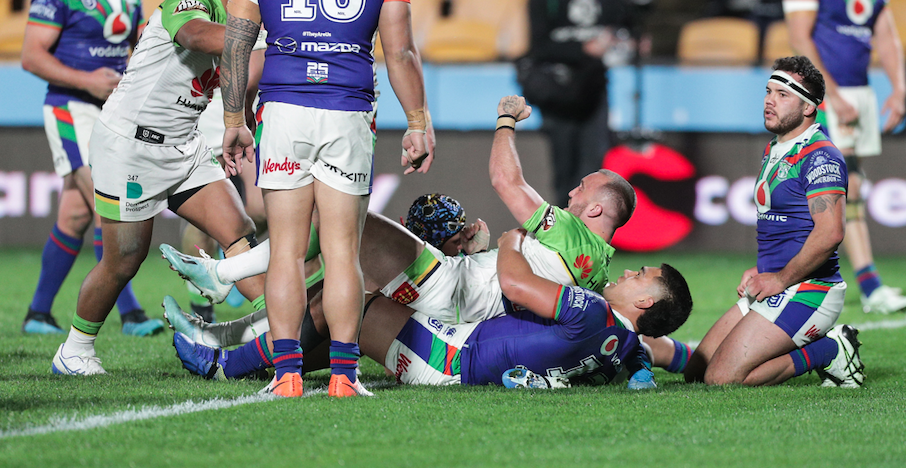 The 33-year-old ended his second year with St George Illawarra Dragons with a hard working display at prop with a try assist, 26 tackles and 95 metres from 10 carries to his name.

It cannot be questioned that it has been another constructive year for the former St Helens man, making the fourth most tackles by a Dragons player with 607 alongside making the eighth most metres at 1,671. Is there plenty still in the tank of the seasoned veteran?

The 29-year-old showcased a moment of brilliant athleticism in the build-up to Canberra’s first try of the game against the Warriors  as Jack Wighton’s grubber kick looked to go dead before the Englishman did his best superman impression, diving for the ball and batting the ball back with one hand to allow Sebastian Kris to ground the ball for a try.

Although the outcome of the game was not what Whitehead and the Raiders would have wanted, the former Bradford and Catalans star still performed at a level we have been so accustomed to seeing throughout the year. The star second-rower finished with 75 metres and 15 tackles in the loss to the Warriors to cap off another productive season in the lime green of Canberra. There is no doubt that Whitehead will continue to be an integral cog in the club’s forward pack going into week one of the finals after making the second most tackles by a member of the Green Machine this season with 697 as well as totalling 1,708 metres at an average of 71 metres a game.

As the Raiders decided to rest Bateman, Sutton was faced with a more prominent role in the starting loose forward spot. It was not a huge game numbers wise but even so, the back-rower was able to put in a solid outing with 76 metres and 19 tackles in the loss to the Warriors.

It has certainly been a season to remember for the 24-year-old, who has announced himself to the league in efficient and productive fashion alongside Bateman. Even though Sutton may not have put up the monster games that we have seen from the Yorkshireman, he has still made a great name for himself and shown he can be a key player in years to come. The former Wigan man ended the season with the fifth most tackles with 511 as well as racking up 1,588 metres in the process. The whiff of a potential Great Britain call-up in the future has been floated about throughout the year and if Sutton can continue to build on his impressive debut season then it may just become a reality. 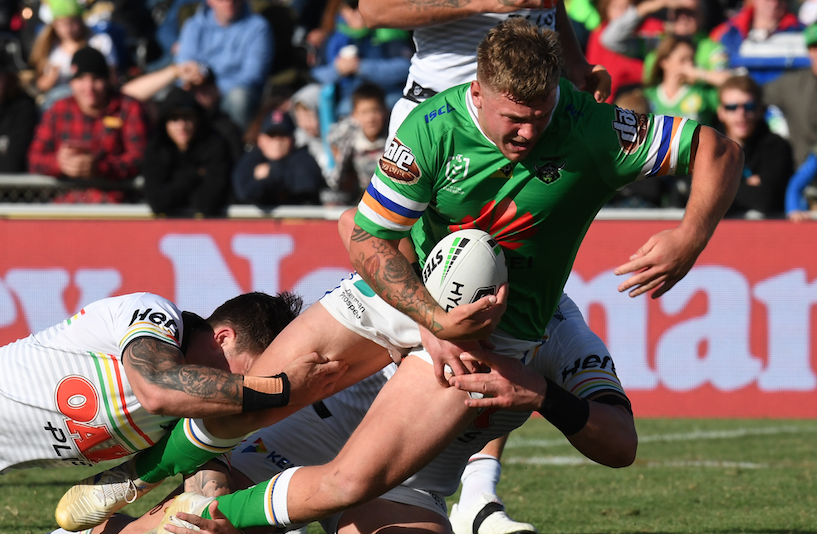 It would be bad for Super League if London were replaced by Toronto, says Marwan Koukash