After round five of the NRL season we once again look at the performances and stats of the league’s British contingent, with Tom Burgess being the standout.

Despite a 24-20 loss to the Roosters on Friday, Brisbane still showed plenty of promise against tough opponents. The 22-year-old again was as consistent as ever with another 100 plus metre performance as he took 11 carries for 112 metres, 35 post contact metres and a tackle bust. After the first five rounds, Farnworth has been one of Brisbane’s shining lights as he has the second most tries (4) and the third most metres gained (581) by a Broncos player so far this season.

The Bulldogs had the extremely tough task of going up against reigning champions Penrith on Sunday and it certainly proved just that as Canterbury were outmatched after suffering a 32-12 defeat. The Doggies only have one win to their name after the first five rounds as they continue to struggle to find some consistency in attack.

However, Thompson has certainly shown he is still one of their key figureheads in the forward pack as he again had an impact on both sides of the ball. The 25-year-old finished with eight carries, 85 metres, 65 post contact metres and 34 tackles in the loss to the Panthers and despite only starting two games this year and coming off the bench in the other three, the former Saints man has the seventh most metres (455) and the fourth most tackles (135) by a Canterbury player so far this season. 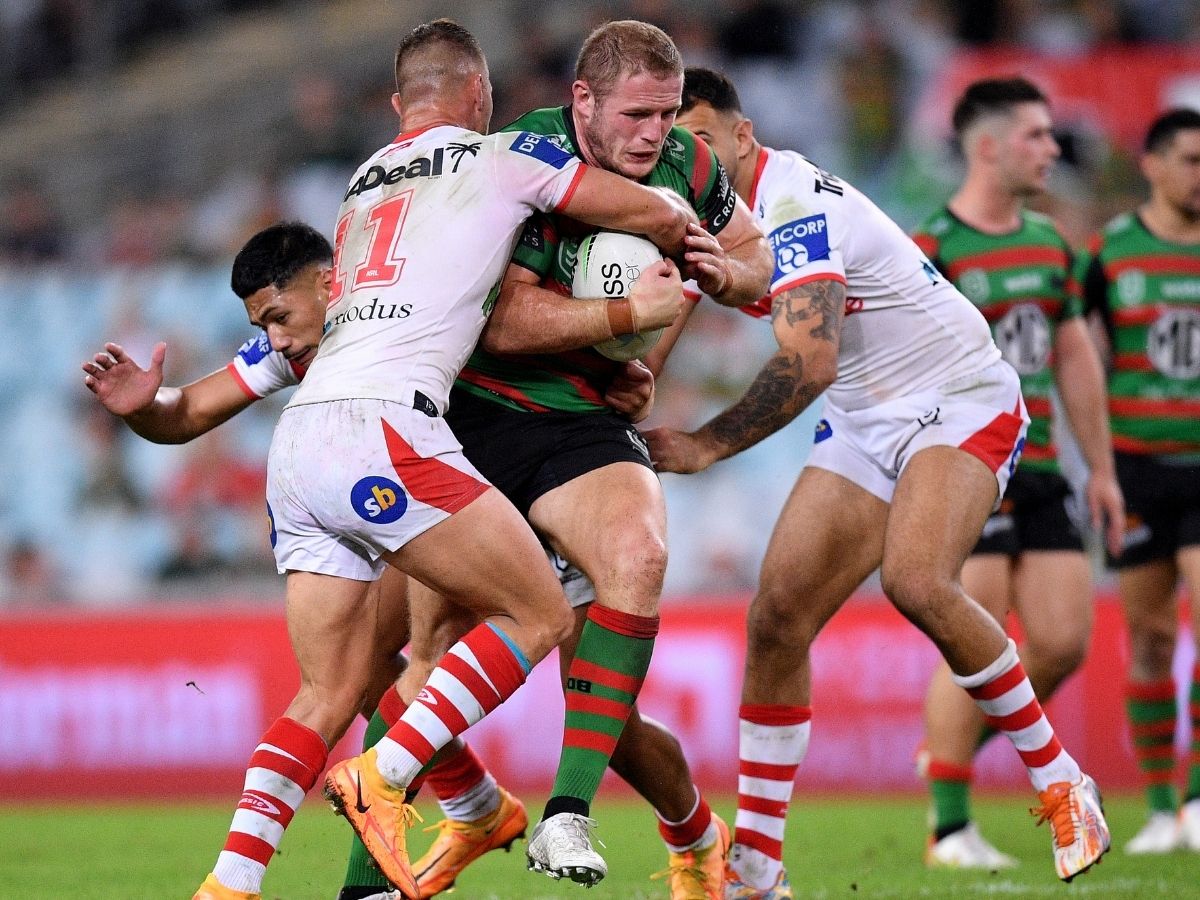 After starting on the bench through the first four games, Burgess was selected to start at prop this week for the Rabbitohs following an injury to Mark Nicholls. The 29-year-old went on to put together a huge performance as he again proved how difficult he is to contain when he has the ball in his hand. In the 24-12 win over St George Illawarra, the England international took 16 carries for 152 metres, 77 post contact metres and one tackle break whilst racking up 24 tackles in the process.

The Tigers remain winless through the first five weeks of the season following a 30-4 loss to Cronulla on Sunday. Despite a tough start to the year for Michael Maguire’s side, Gildart has still shown plenty of promise with a solid start to life in the NRL. The 25-year-old did not produce a huge stat line in the disappointing loss to the Sharks but it was still a steady showing with nine carries, 61 metres, 17 post contact metres and 16 tackles.

The Raiders had no answer for a rampant Melbourne side as they suffered a 30-16 defeat. The loss certainly did not stop Whitehead from putting together another solid and tough display though as throughout the game the 32-year-old had an uncharacteristic ball-running performance with 11 carries, 111 metres, 40 post contact metres, one line break, one tackle break and 21 tackles to his name. 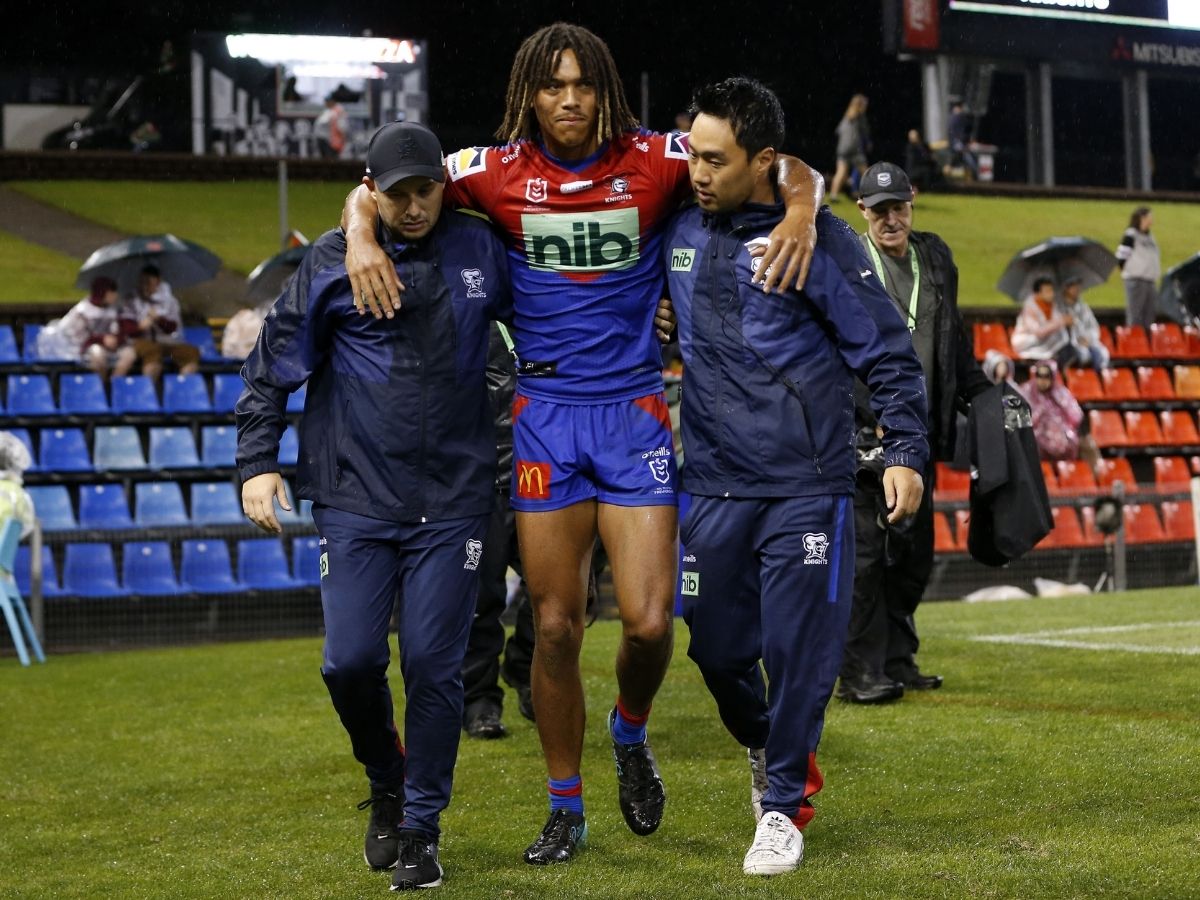 The Knights have had somewhat of an inconsistent start to the season as a tough loss to Manly in treacherous conditions saw them drop to 11th with two wins and three losses to their name. The defeat to the Sea Eagles was also made all the worse as one of their top performers so far this season in Young would leave the field with a suspected PCL injury following a disallowed try that saw the 20-year-old’s knee bounce off the turf.

The former Wigan prop was in great form for St George Illawarra in the New South Wales Cup as the side would go one better than their NRL equivalents and beat South Sydney’s reserve unit 30-26. The 29-year-old racked up the most tackles by a Dragons player with 33 whilst securing 90 metres and 35 post contact metres from 10 carries.

In a late change, Sutton marked his first appearance for Canberra in the NRL this season after featuring prominently for the club’s reserve side in the New South Wales Cup through the first four weeks. The 26-year-old started in the second-row and even though he may not have had as monster of a game as what we have seen in the second-tier competition, he would still produce a solid effort with seven carries, 68 metres, 18 post contact metres, a tackle break and 32 tackles.

The 20-year-old yet again starred for Canberra in the New South Wales Cup over the weekend and once more furthered his cause for a first NRL call-up. The Raiders’ second-string side came away 30-16 winners over the Mounties on Saturday with Rushton proving to be an effective and integral part of the side’s forward unit. The former Wigan youngster played the entire 80 minutes, scoring a try whilst recording the most tackles (42) and the second most metres (144) by a Canberra player throughout the game.