Sam Tomkins believes Arthur Mourgue is the future of French rugby league and has backed the youngster to be Catalans Dragons half-back for the next decade.

The 22-year-old returns from injury this weekend to make his first appearance of the season as Catalans welcome holders St Helens in the Challenge Cup quarter-finals.

The game is on free-to-air TV in both England and France, and Tomkins wants the French stars in the Dragons side to use that platform to shine.

“The club rate him really highly. The last really good half they had was Thomas Bosc and he’s now assistant coach and works with Arthur a lot. They see him as next in line to be half-back at the club for the next 10 years.

“Also getting his chance is Arthur Romano at centre who had a snapped ACL, snapped Achilles and missed all last season but is back to fitness and has been really good for us. He will play here for many years and is as tough as they come.”

Sam Tomkins: There is a “real buzz” around Catalans camp 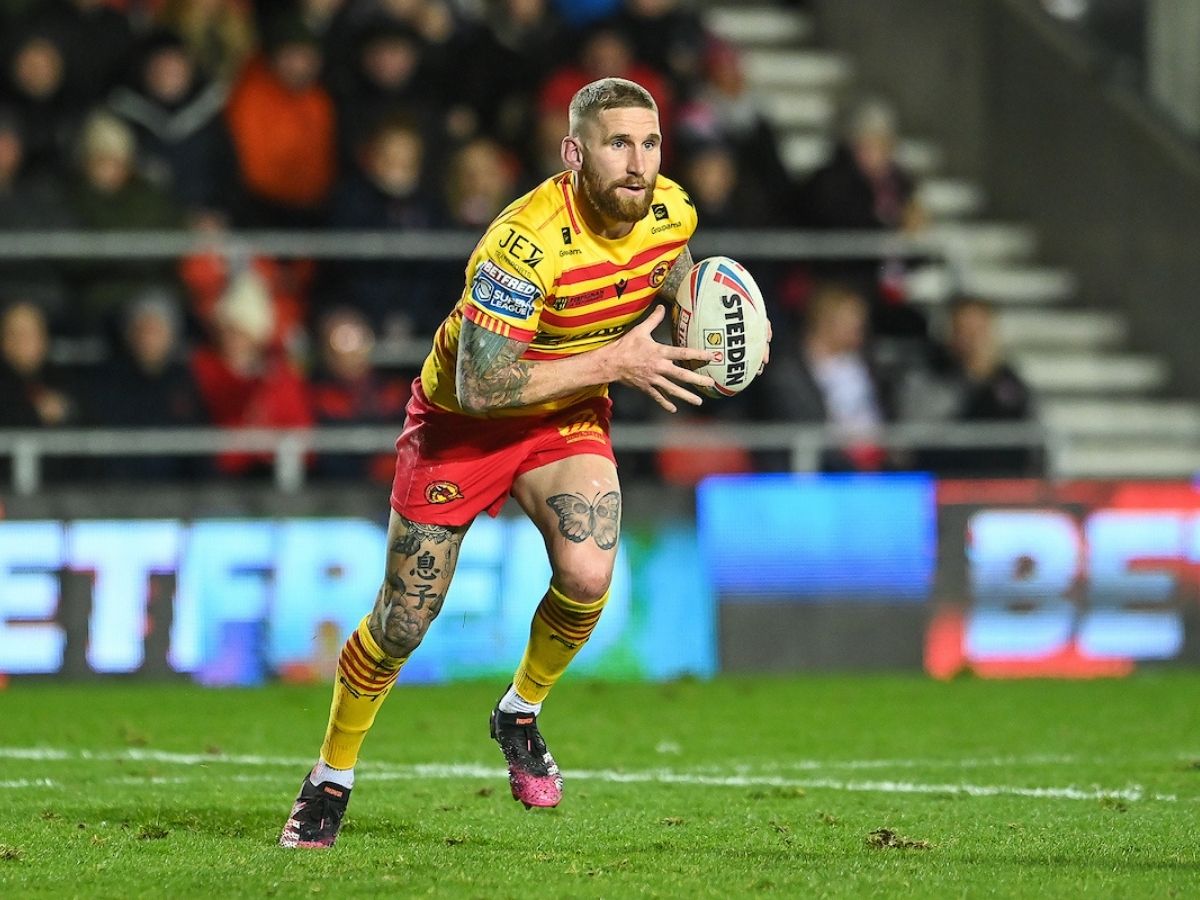 Tomkins says there is a real buzz around the Dragons camp ahead of their Challenge Cup quarter-final clash.

The winner of tie will be 80 minutes away from running out at the Tottenham Hotspur Stadium in May.

The clash of the round will be shown live on national television in both countries. Tomkins says that presents a glorious opportunity to further raise the profile of rugby league.

“It doesn’t change how we play but it’s a great opportunity to get more eyes on our sport,” he said.

“We’ve had it this year with Channel 4 in England. For it to be on national TV in France is another boost for rugby league. That’s what we want, we’ve got a great product.

“It’s going to be a great occasion. At training today there was a real buzz around the team.

“The boys that have been and done it before know how special it is. Winning trophies is something you never get bored of. It’s exciting every time you get a chance to do that.

“We know what’s at stake. It’s a special competition. And if we’re going to go and win it, we need to beat the best teams and that’s what Saints are.”

Sam Kasiano says he rejected an offer from St George Illawarra because he wanted to experience life in France with Catalans. [Read more…]

Albert Kelly has left Hull FC to return home, while there is plenty of build-up to tonight’s derby between St Helens and Wigan. [Read more…]

Dave Parkinson and Adrian Jackson bring another banter filled episode of the Final Hooter to you. [Read more…]