Craig Hall crossed twice for Rovers, but it wasn’t enough to retain the cup.

The pair were seen celebrating together in front of the Leigh fans following the full-time whistle, and Lam revealed what the owner said to him.

“He just said (to me) you are a legend and you’re making a massive difference at this club,” Lam said in his post-match press conference in the capital.

“That was special to me. He’s an extrovert, isn’t he?

“He’s certainly passionate. I think that’s the key word to use in this situation.

“Rugby league at times is doing it tough in the north west of the UK. We’ve got people like him supporting clubs like Leigh, the game will always be alive.

“I’m sure the club, the fans and the players want to thank him for everything he’s done for the sport.

“I think he was more excited about the win than the players. It is his competition as a sponsor as a business. I think that was really special.” 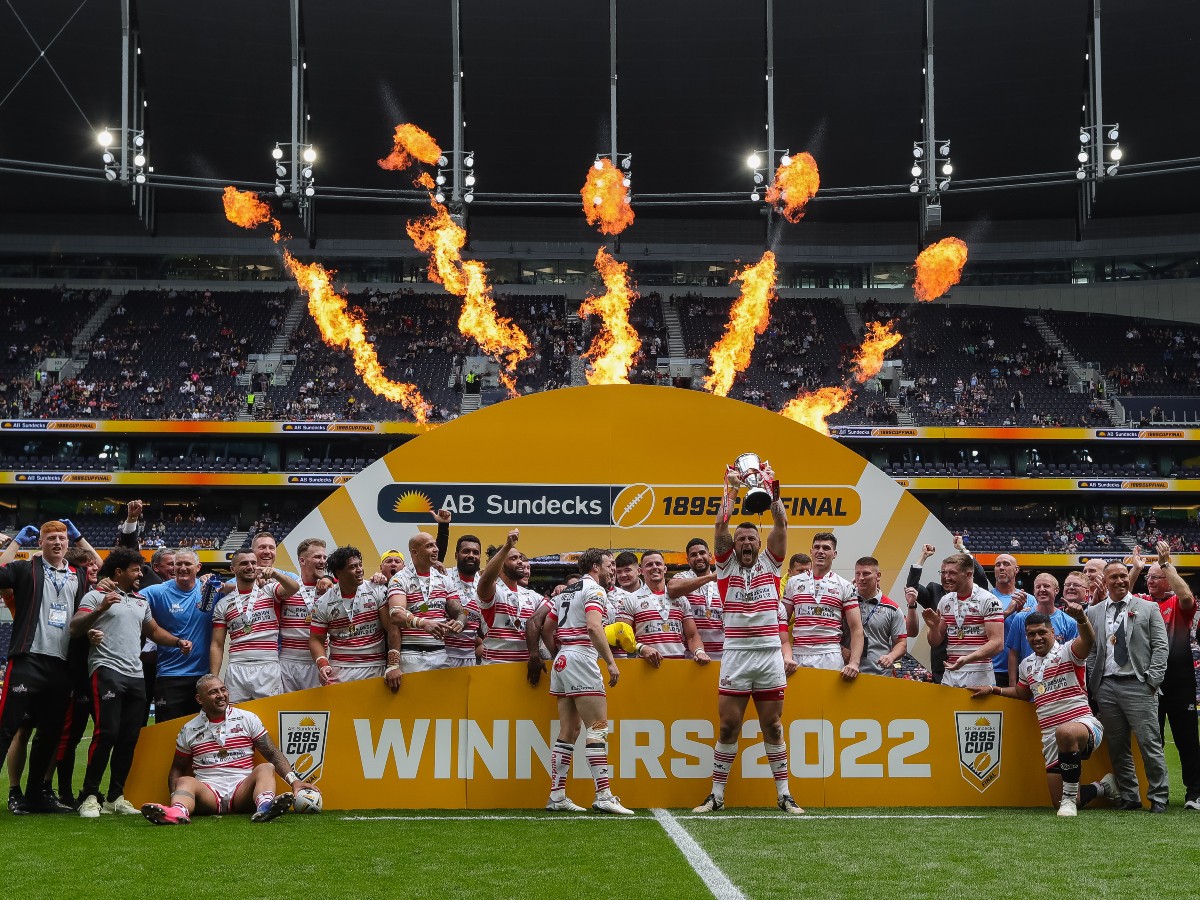