In the final section of our two-part series, we take a look at a player to watch from eight NRL teams in 2020. 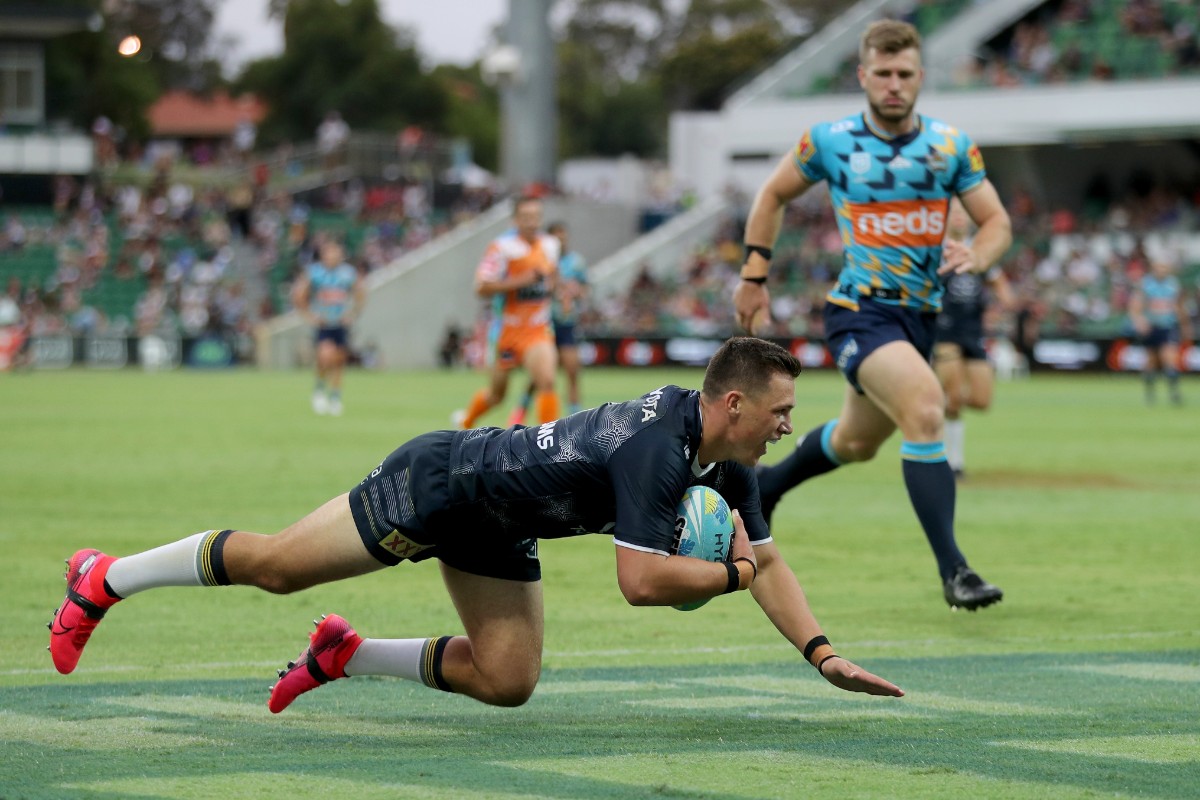 After starring during the 2019 World Cup Nines, Drinkwater came into the 2020 season as one of the brightest young prospects in the league. The 23-year-old has bucket loads of versatility and superstar potential and the door is wide open for Drinkwater to make his mark in 2020. 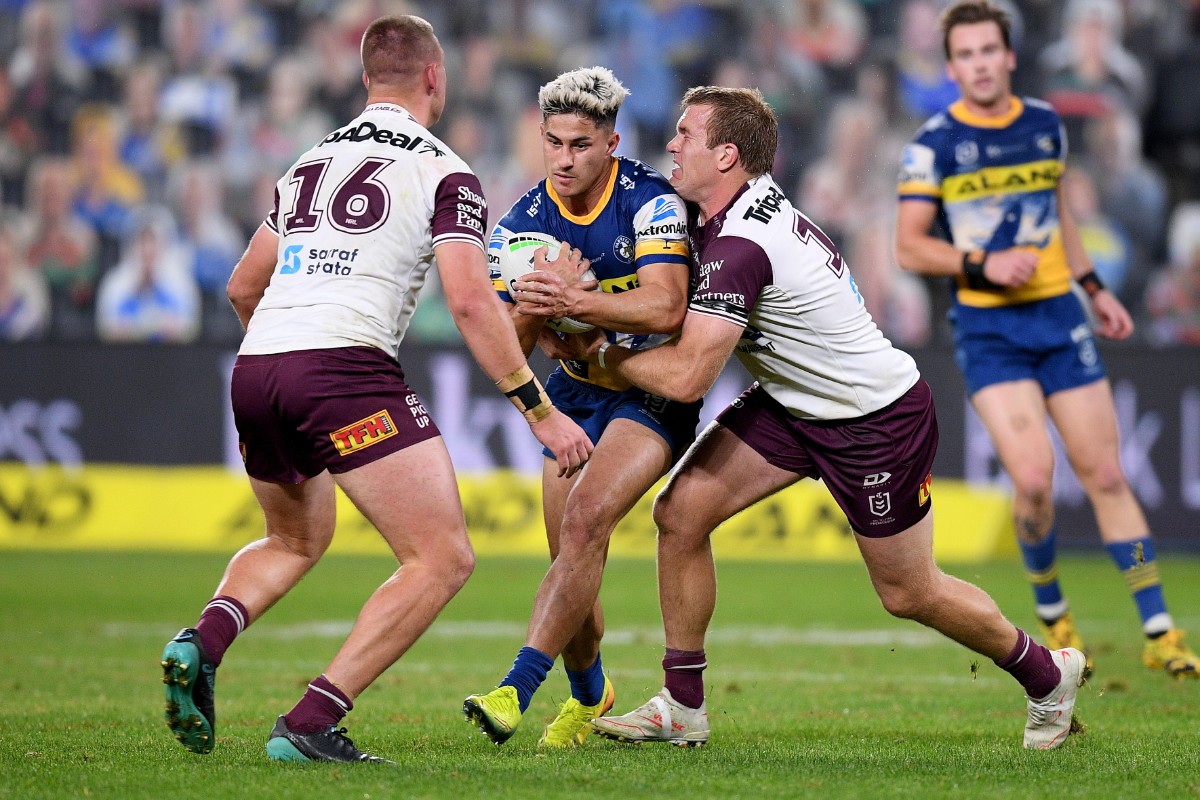 In a squad that has plenty of exciting talent in the backline and the forward pack, it is certainly hard to narrow it down to one but in terms of unlimited potential then eyes will certainly be on young stand-off Brown. The 19-year-old was an exciting commodity for the Eels going into 2019 but injuries derailed what could have been a standout year. However, Brown came into the new season fully fit and his partnership with Mitch Moses in the Parramatta halves was certainly one that looked to be filled with excitement and that definitely has not changed. 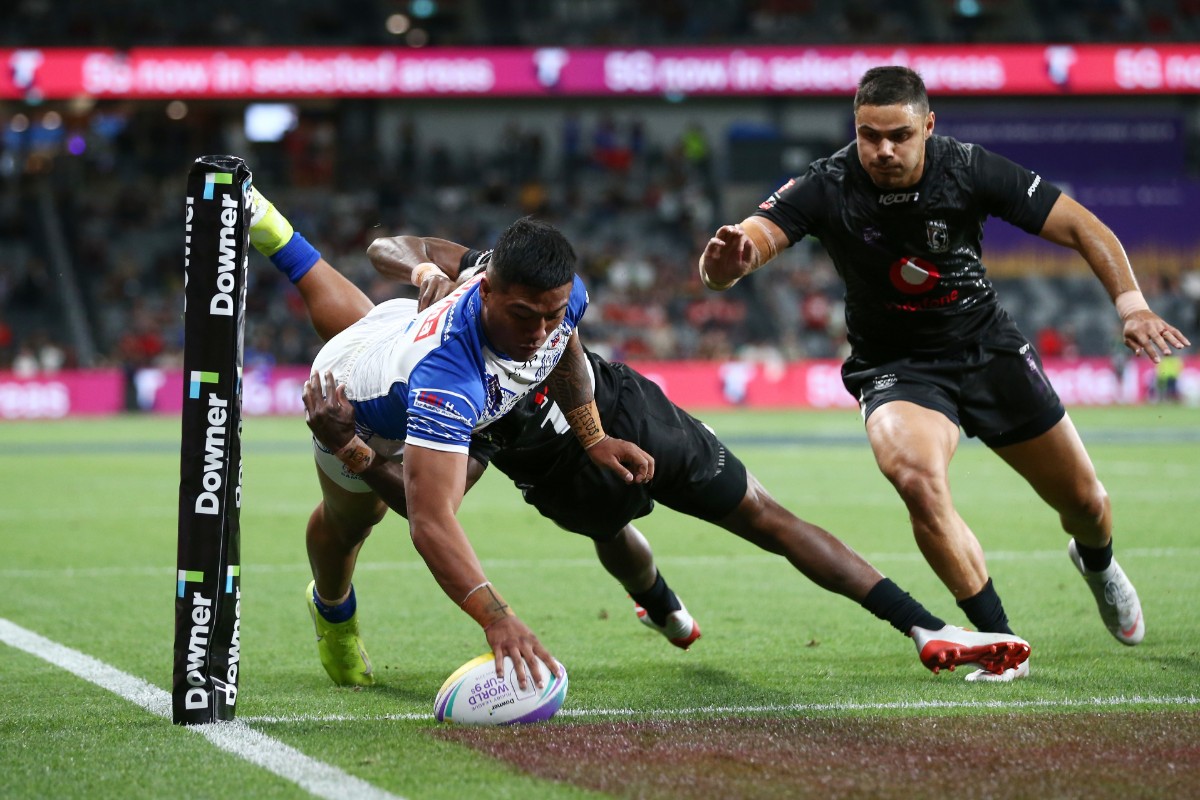 After making his first-grade debut for Penrith last year, To’o cemented himself as one of the most enthralling young wingers in the league afters scoring nine tries in 17 appearances. The 21-year-old is ready for a bigger 2020 and he could be one of the Panthers’ main attacking weapons for years to come. 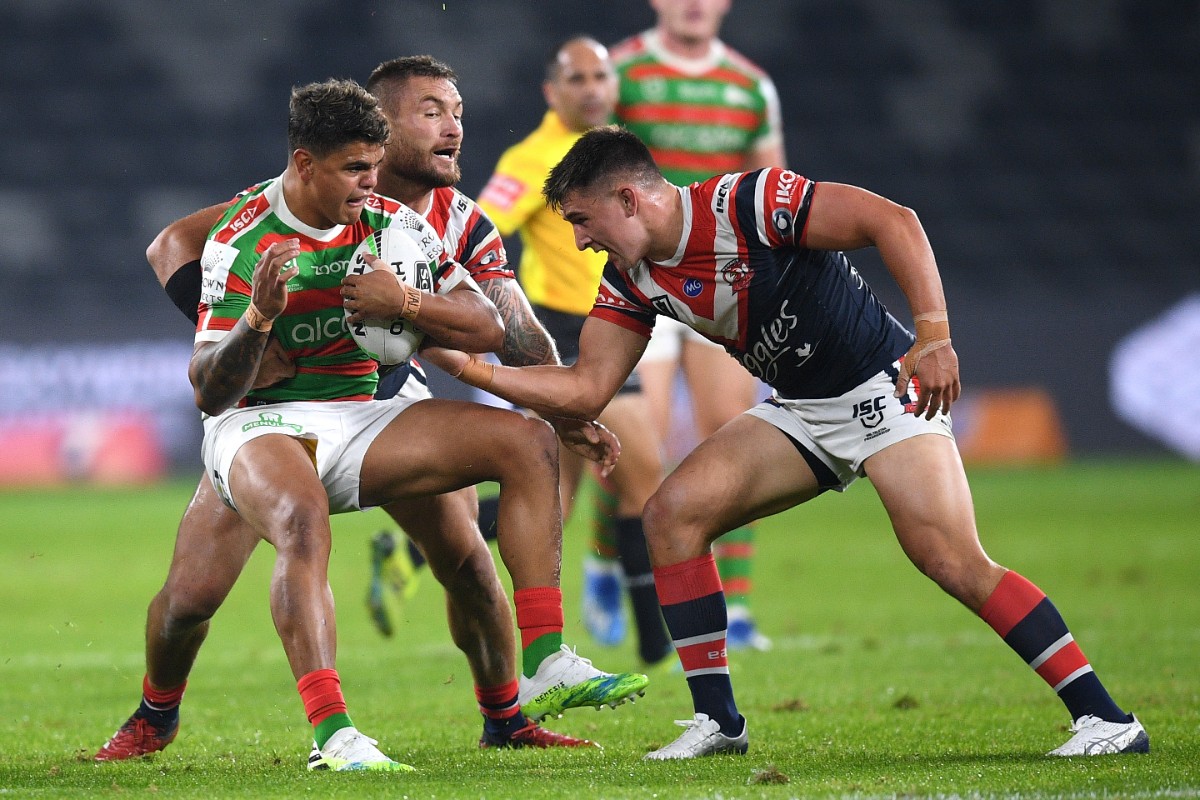 Mitchell was the NRL’s leading points scorer in 2019 and made the controversial move to South Sydney from the Roosters before the start of the new season, with a move from centre to full-back also in the pipeline. It will be interesting to see how Mitchell adjusts to the full-back role, with the superstar definitely being one to watch. 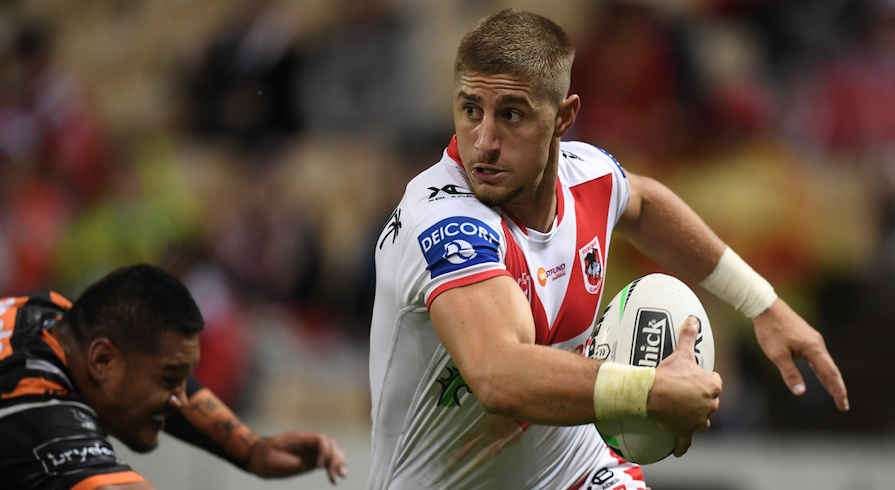 As the Dragons came into 2020 without Gareth Widdop, the door was wide open for Lomax to take over goal kicking duties for the team. Before the league’s suspension, he quickly took to the mantle at the start of the year and put up 22 points along with scoring two tries over the course of those first two rounds. The 20-year-old is a promising player in the competition with his electric speed, finishing ability, adaptability to slot in anywhere along the backline and goal kicking tendencies ticking all the boxes. 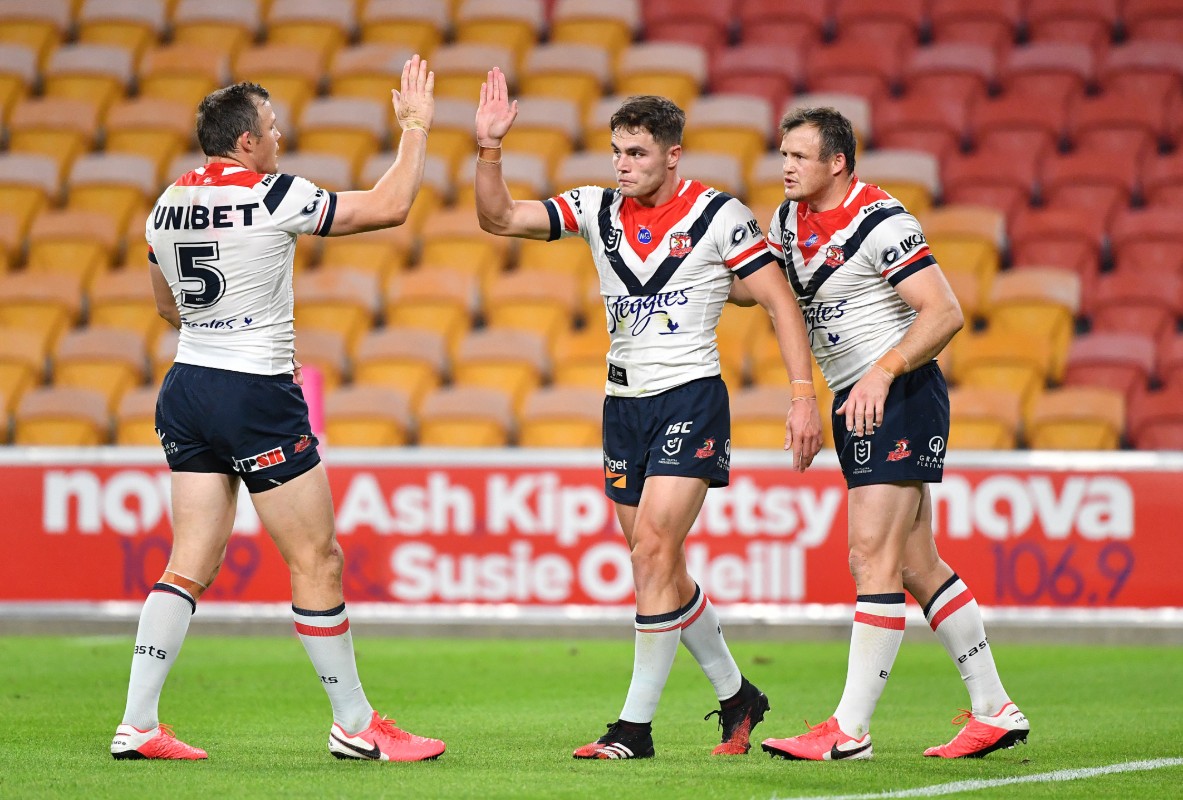 The Roosters may no longer be without Cooper Cronk, but the signing of talented young half-back Flanagan certainly rectifies that. Although not expected to make the same level of impact as Cronk did straight away, the acquisition is certainly an earmark to the future as the 21-year-old still has all the skills and traits necessary to be a success and a great number seven for years to come. Also, with Roosters’ goal kicking looking to fall squarely on his shoulders, it will be interesting to see how he copes with the added pressure.

The battle for the Warriors number six jersey went right up until the start of the 2020 season but ultimately, it was the prodigy Harris-Tavita who would beat Kodi Nikorima to the spot come the first round of match ups. The 21-year-old has proven to be a dynamic addition to the first-grade squad with his creativity, flair, calmness, and exceptional kicking game all on show. It will be interesting to see if he can continue to make his presence felt throughout the year for the Warriors. 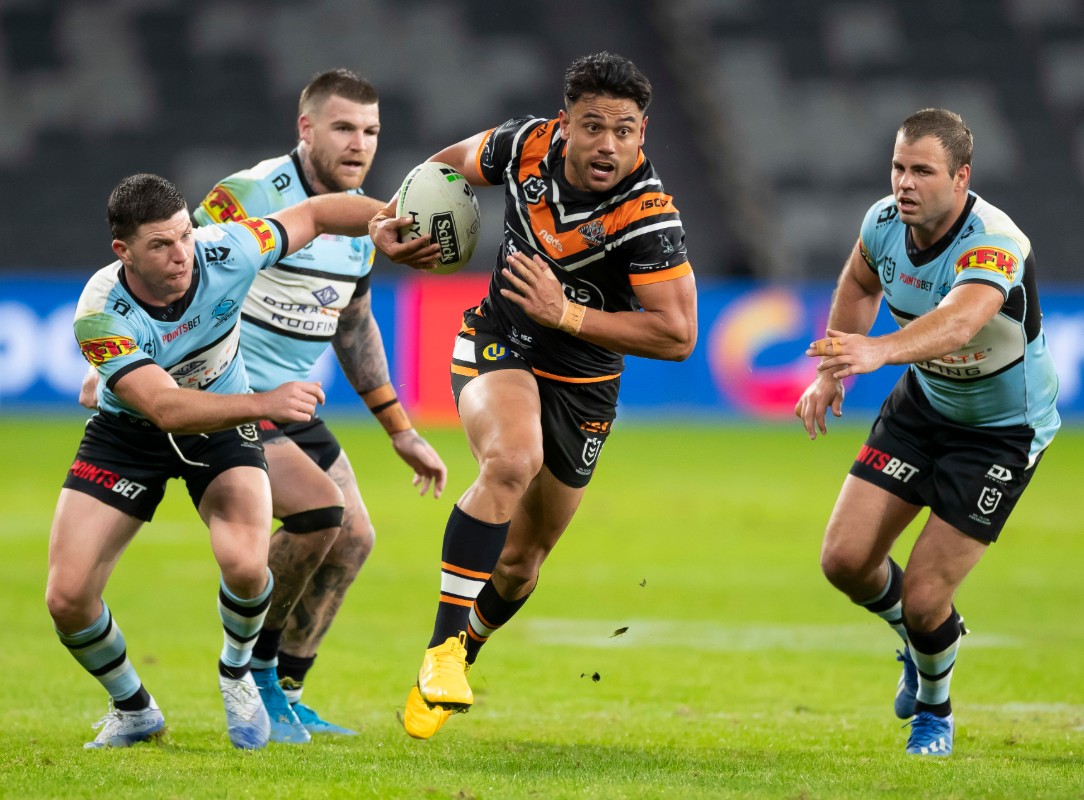 Nofoaluma has been in stellar form in 2020, cementing himself as one of the top wingers in the competition. If the Tigers wish to return to the NRL finals this year then that may just be dictated on the performances of players such as Nofoaluma.

We’ve had a look through the latest editions of League Weekly and League Express. [Read more…]

Parramatta Eels five-eighth Kieran Foran is taking an indefinite break from rugby league, according to reports.