The 2021 State of Origin series heads to Brisbane as Queensland look to keep alive their hopes of securing back-to-back titles after a hefty defeat in Game I.

Full-back Tom Trbojevic’s hat-trick helped New South Wales to a dominant 50-6 victory in Townsville, inflicting a heavy loss on Paul Green’s side in his first game as Maroons coach.

Suncorp Stadium is the venue as the Blues look to reclaim the State of Origin title they lost after a nail-biting series decider last November.

Blues head coach Brad Fittler has named an extended 20-man squad ahead of next Sunday’s clash, with Sydney Roosters forward Angus Crichton and Melbourne Storm’s Dale Finucane coming into the side.

Crichton missed Game I through suspension, while Finucane returns to the fold after playing twice in last year’s series defeat.

Prop forward Jake Trbojevic misses out on a place in the squad after suffering a hip injury during training for club side Manly Sea Eagles. 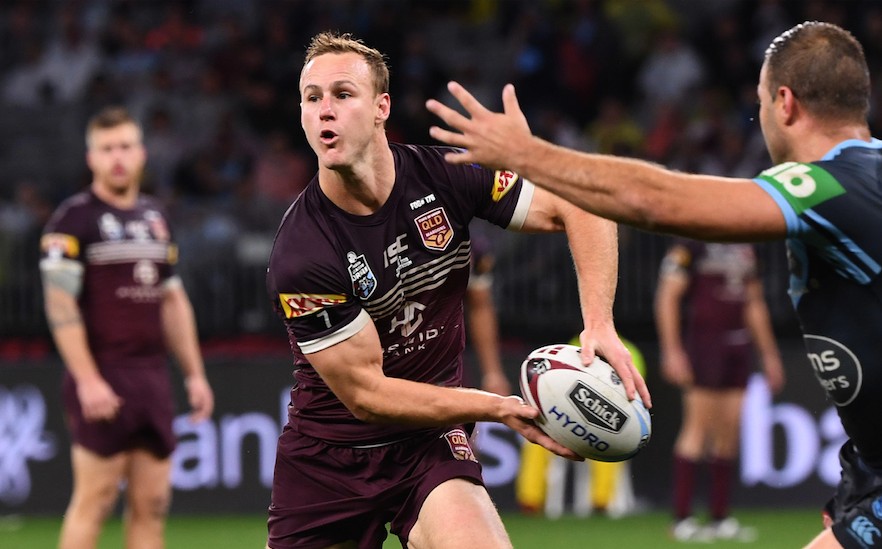 Cronulla’s Ronaldo Mulitalo is part of the extended Maroons squad for the first time.

St George Illawarra Dragons pair Andrew McCullough and Ben Hunt are also back in maroon for the Suncorp Stadium clash.

Melbourne Storm hooker Harry Grant has been ruled out with a hamstring injury.