The draws for the 1895 Cup play-off and semi-finals have been made, with five teams bidding to reach the Tottenham Hotspur Stadium.

The play-off draw will be played on the weekend of April 7-8, with Sheffield Eagles hosting fellow Championship club Whitehaven. The tie will likely be at Featherstone again due to the delay of the Olympic Legacy Park.

The weekend of May 7-8 will see the semi-finals played. Leigh Centurions will take on the winner of Sheffield-Whitehaven at the Leigh Sports Village. Barrow Raiders will welcome Championship league leaders Featherstone Rovers to Cumbria.

The 1895 Cup final will be a curtain-raiser to the Challenge Cup final at Tottenham Hotspur Stadium on Saturday, May 28. 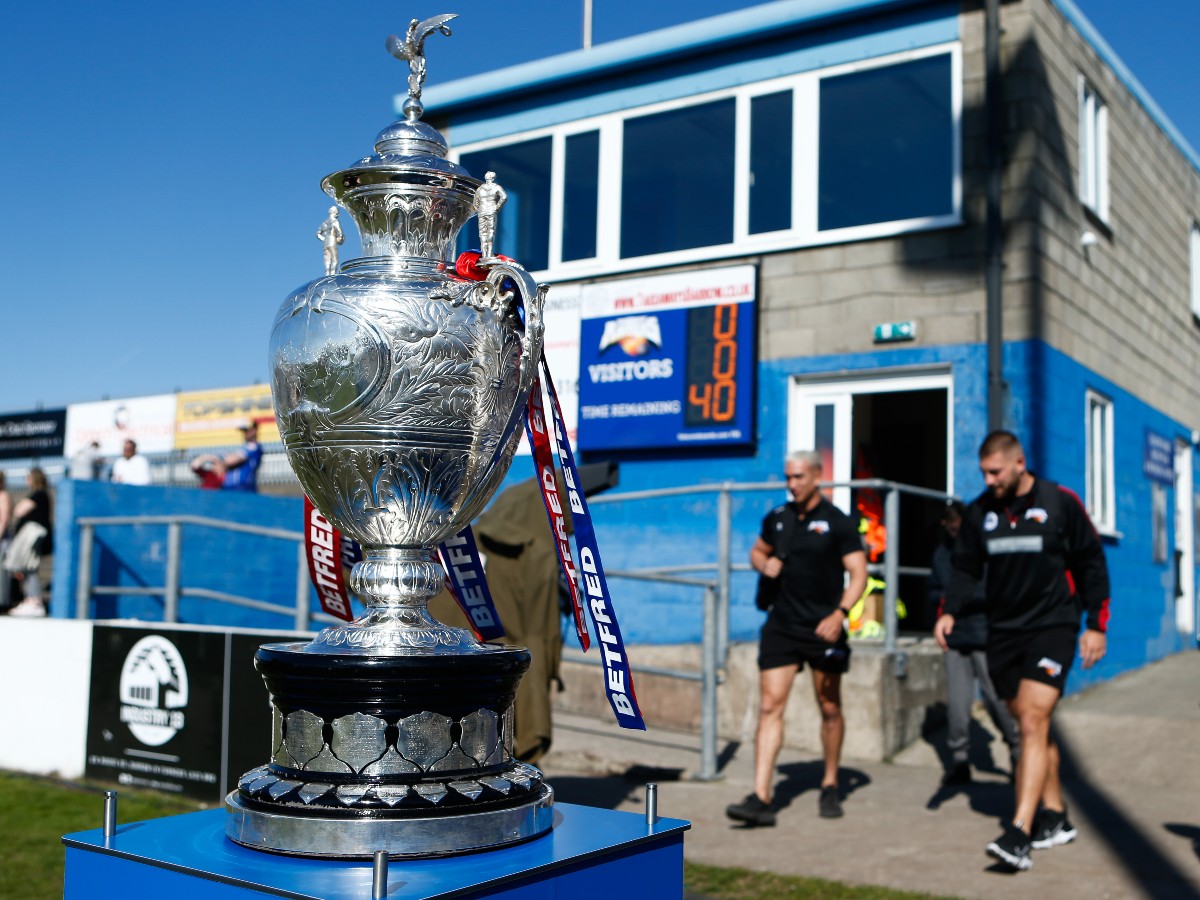 Challenge Cup holders St Helens will travel to Catalans Dragons in the quarter-finals of the Challenge Cup.

The tie between St Helens and Catalans will be a repeat of the 2021 Super League Grand Final, which Saints won. The weekend of April 8-10 will see the quarters played.

The Dragons have only lost one game this year, which came to St Helens in the opening round of the season. Meanwhile, Saints have not won in Perpignan since 2018, the year Catalans lifted the Challenge Cup at Wembley.

Wakefield will face Wigan in the quarters. The Warriors beat Salford 20-0 on Friday, whilst Wakefield won 16-12 at Warrington.

Hull FC will travel to Huddersfield in the quarter-finals after a big 58-12 win over Sheffield Eagles in the sixth round.

About Drew Darbyshire 7861 Articles
Love Rugby League Deputy Editor. Joined the site ahead of the 2017 World Cup and been a full-time reporter since 2018.
Twitter

Sheffield playmaker Pat Walker will hang up his boots at the end of the campaign. [Read more…]

Sheffeld are in discussions with three seperate groups over investing in the Championship club.