Over the course of its long, storied and cultural history, the sport of rugby league has no question seen some truly remarkable sides to take to the pitch.

We have seen teams from a variety of different eras making their own distinctive impression on the sport and changing the way the way game has been played in their own way.

So, to have a further examine this we put together our list of 13 of the greatest sides to grace the beautiful game…..

There is not much more that could be said about this side that has not been stated already. The greatest trophy winning side quite possibly of all time in terms of British rugby league. Between 1986 and 1996, Wigan won a total of eight RFL Championships to go along with the most unprecedented title run in Challenge Cup folklore as well. Their record of eight consecutive Challenge Cup wins over that time, still stands unmatched today. A team that over the period consisted of some of the most exceptional talent, including the likes of, Shaun Edwards, Ellery Hanley, Martin Offiah, Andy Gregory and Dean Bell. A truly great team that changed the British game with some of the fastest, creative and brutal rugby ever seen.

When we discuss some of the greatest trophy runs in the history of the sport, Wigan will always be that name that pops to the top of the list. However, one team that looks to somehow fly unbelievably low under the radar when it comes to unmatched feats is this St. George side. Between 1956-1966, the Dragons won 11 straight (yes, 11-straight, you heard me right) New South Wales Premiership titles. There has not been a team in the sports history that has since challenged the feat and that ‘never before, never again’ Dragons era featured some of Australia’s finest players, including Graeme Langlands, Reg Gasnier and John Raper, all of whom were selected as part of Australia’s rugby league team of the century. 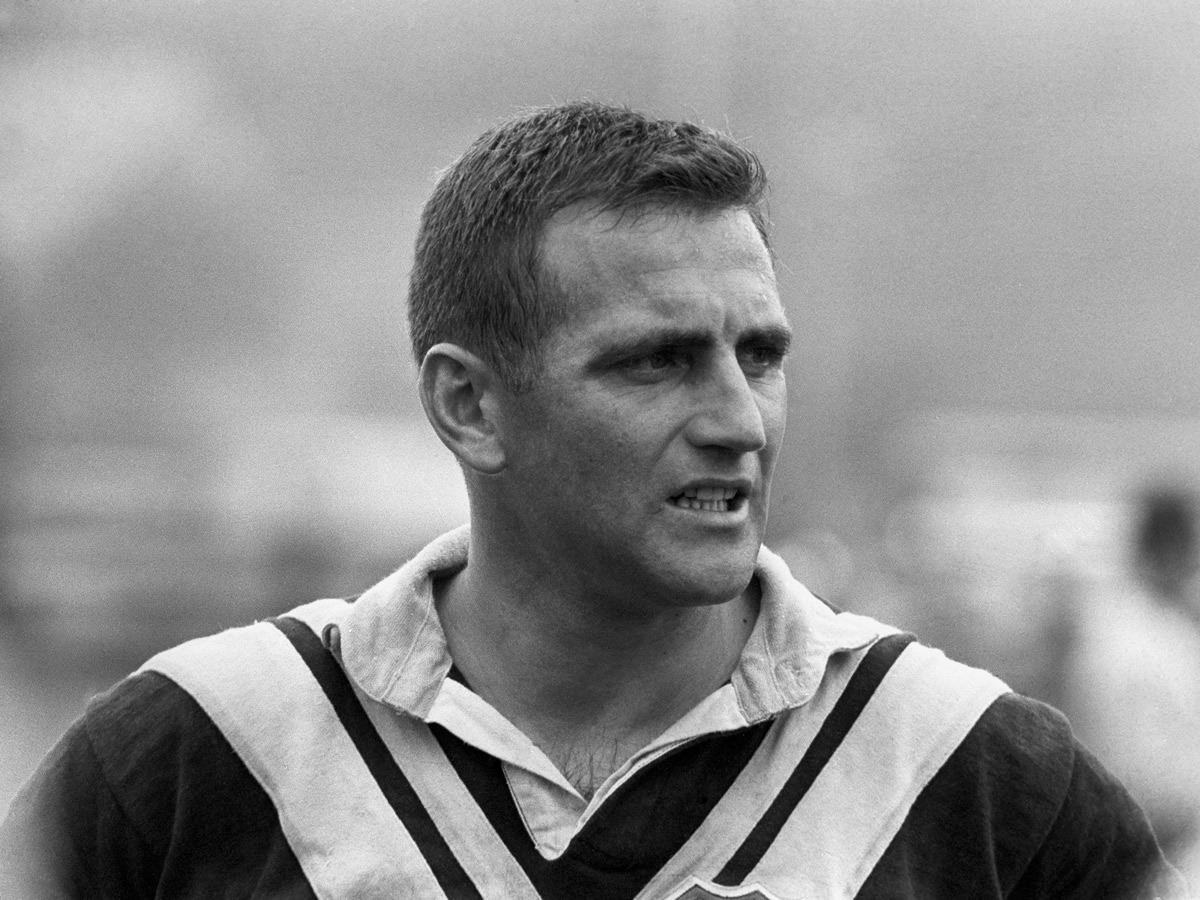 After Leeds won their first Super League title in 2004, not even the fans could have predicted what was to come next. A golden era of Leeds rugby that included a total of seven Super League titles in 12 years, with three consecutive titles between 2007-2009 and back to back victories in 2011 and 2012. An incredible string of dominance ending with a historic treble winning season in 2015 to put a cherry on top of an impeccable run. 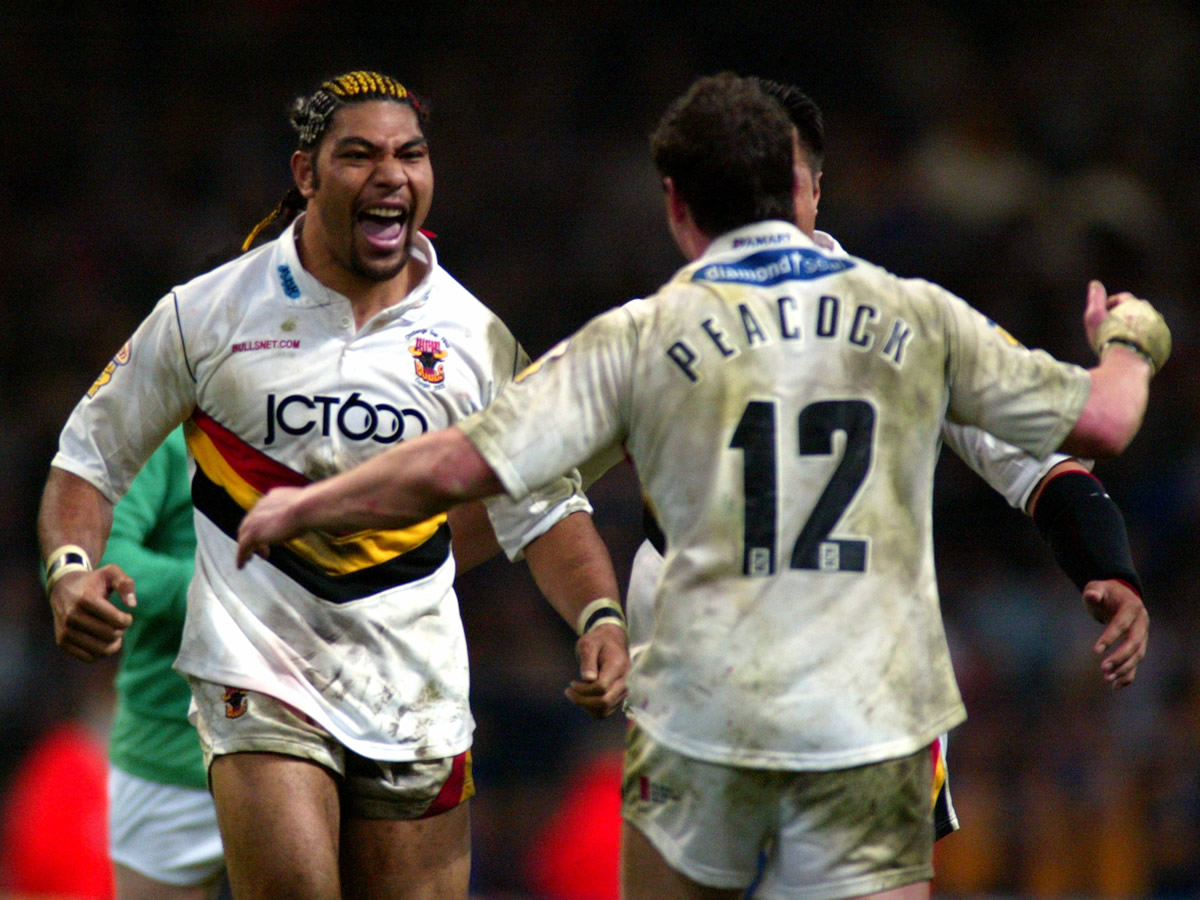 After winning the 1997 Super League, Bradford developed into a team that produced attacking masterclasses on a consistent basis with powerhouses of talent from Lesley Vainikolo to Paul Deacon. They were able to blitz their opponents with a fine amount of flair and try scoring prowess, tearing up the records book during this time alongside winning three Super League titles as well as competing in five Super League Grand Finals altogether.

Well this could prove controversial to some, which I will get to momentarily but Melbourne’s team throughout these years showcased some of the greatest rugby the NRL had seen since its inception in 1998. A team that introduced the rugby league world to the likes of Billy Slater, Cameron Smith and Cooper Cronk claimed Grand Final wins in both 2007, 2009 and 2012 as well as competing in a total of five Grand Finals. Now, as I say this may be a debatable pick for some as Melbourne were later stripped of all major titles won over this period due to salary cap breaches. However, there is little doubt that this Melbourne side brought a whole another level to the NRL game.

If this decade belonged to one team in Australia, it is more then fair to say it belonged a newly minted Brisbane side. Despite, only being founded in 1988, the Queensland capital wasted no time in making their mark on Australian rugby league with a devasting run of dominance in the 1990s. Over the decade, Brisbane won five Premiership titles (one NSWRL , one Super League, one ARL and two NRL titles) with a team featuring some of the biggest names in the business, from Darren Lockyer to Allen Langer.

The side between 2006-2010 claimed three consecutive Challenge Cups between 2006 and 2009 alongside making six Super League Grand Final appearances on the trot. Despite only winning the one title in 2006, St. Helens played some of the finest and most competitive rugby of the Super League era with bag full of talent that featured Pat Richards, James Roby and Jamie Lyon among others.

If there was a team that looked set to derail the dominance that was starting to show exponentially from a ruthless Wigan side, it could have been this truly star-studded Widnes side. After Wigan took home the 1987 RFL Championship, Widnes stepped up to plate to take home back to back titles in 1988 and 1989, with a host of names including the likes of Martin Offiah, David Hulme and Johnathan Davies. Also, how can that famous October night in 1989 at Old Trafford be forgotten, as we saw Widnes put a game changing Canberra side to the sword with a 30-18 win in the first ever World Club Challenge.

The early First World War years were certainly a golden period for the West Yorkshire side as they became the first side to win multiple trebles and to this day remain one of three clubs to have won the prestigious accolade more then once. A team led by the ‘Prince of Centres’, Harold Wagstaff, who alongside several other talent that were recruited from within the spectrum of the British Empire, went on to win an outstanding 13 trophies in the five years leading up to the First World War. A powerhouse team of the games early years and still considered one of the finest teams to play the game.

A team that throughout its history has certainly been one of the most consistent. The teams of the 1980s and 1990s were bursting at the seams with star quality, proving unstoppable at times. However, with only two premiership titles over those two decades you could probably look no further the Manly team between 1972 and 1978. A team that won four Premierships throughout this time with players such as Graham Eadie and Bob Fulton doing the business.

A run of seven consecutive Grand Final appearances for the Souths between 1949 and 1955 was unheard of and never seen before at the time. A team that featured the ‘little master’ himself, Clive Churchill who along with his teammates played some of the most magical and slickest rugby around. Overall making them one of the most watched teams in Australia over the period.

If you talk about game changing sides’ then it would be fair to say that this Canberra side was right up there. Even though the team was founded in 1981, they were another team that did not waste any little time making an impact on the sport. A team that featured legendary characters in Laurie Daley, Glenn Lazarus and Mal Meninga, won their first title in 1987 before appearing in another four grand finals throughout that time, winning on another two occasions in 1990 and 1994.